Be An Online Educator

We are Thankful to the "Educators Team" who are devoting their skills, knowledge and time to younger generations. Whether it is mathematical problems, general English or communication skills class for upper grade students. Educators are giving their bit with utmost sincerity and dedication. Kudos to their efforts !! Prayatna looks forward more and more participation in coming days.      Join us 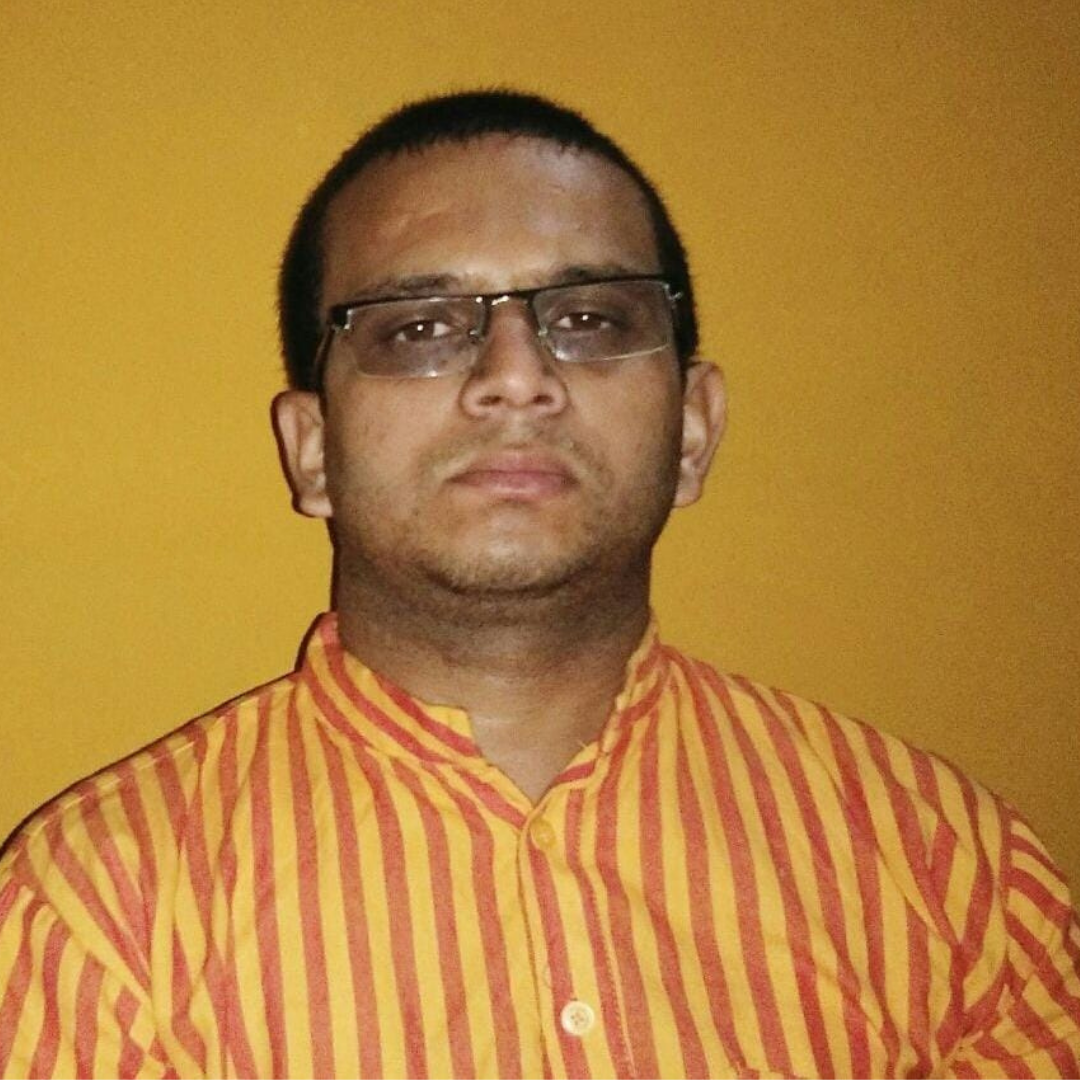 Prateek Bansal has been volunteering as a maths teacher for the last nine months under Praytana’s initiative of Online IIT-NEET Coaching Classes. He provides his selfless services to all destined IIT-NEET aspirants who cannot afford high amount of fee in these coachings. He believes in the ideology that spreading one’s own learnings through teaching will only multiply their knowledge and thus, it will make the concepts clearer. He believes that if one wants to learn something for a lifetime, they need to teach the same concept to the others which, in turn, would make their learnings stronger. He really enjoys teaching and makes students practice questions as if they are solving a puzzle. He also teaches in coaching classes and is a volunteering enthusiast. We appreciate his dedication! 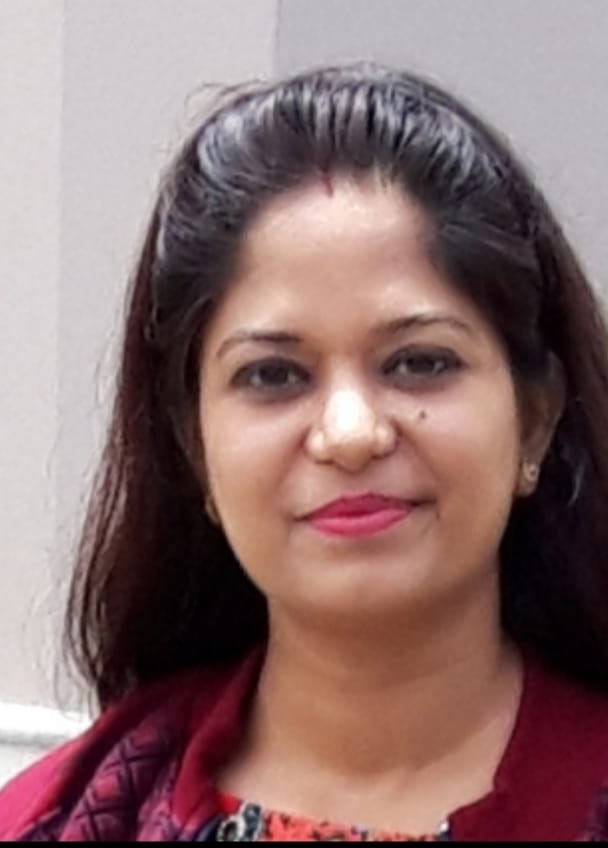 Priyanka Sharma has been volunteering as a chemistry teacher for last eight months under Praytana’s initiative of Online IIT-NEET Coaching Classes. She is one of the most dedicated teachers and keeps on looking for teaching opportunities to share her learnings. She motivates her students to attend their classes regularly so that a consistency in their syllabus is maintained. She is also a very calm personality who helps students to open up to her regarding any doubts, queries or concerns that have been bothering them. She believes in a two-way teaching learning process and creates a friendly environment in her classes where not only she, but also her students can express their opinions without any hesitation. She currently is a PG teacher as well and is determined to bridge the gap in urban-rural education system. We appreciate her dedication! 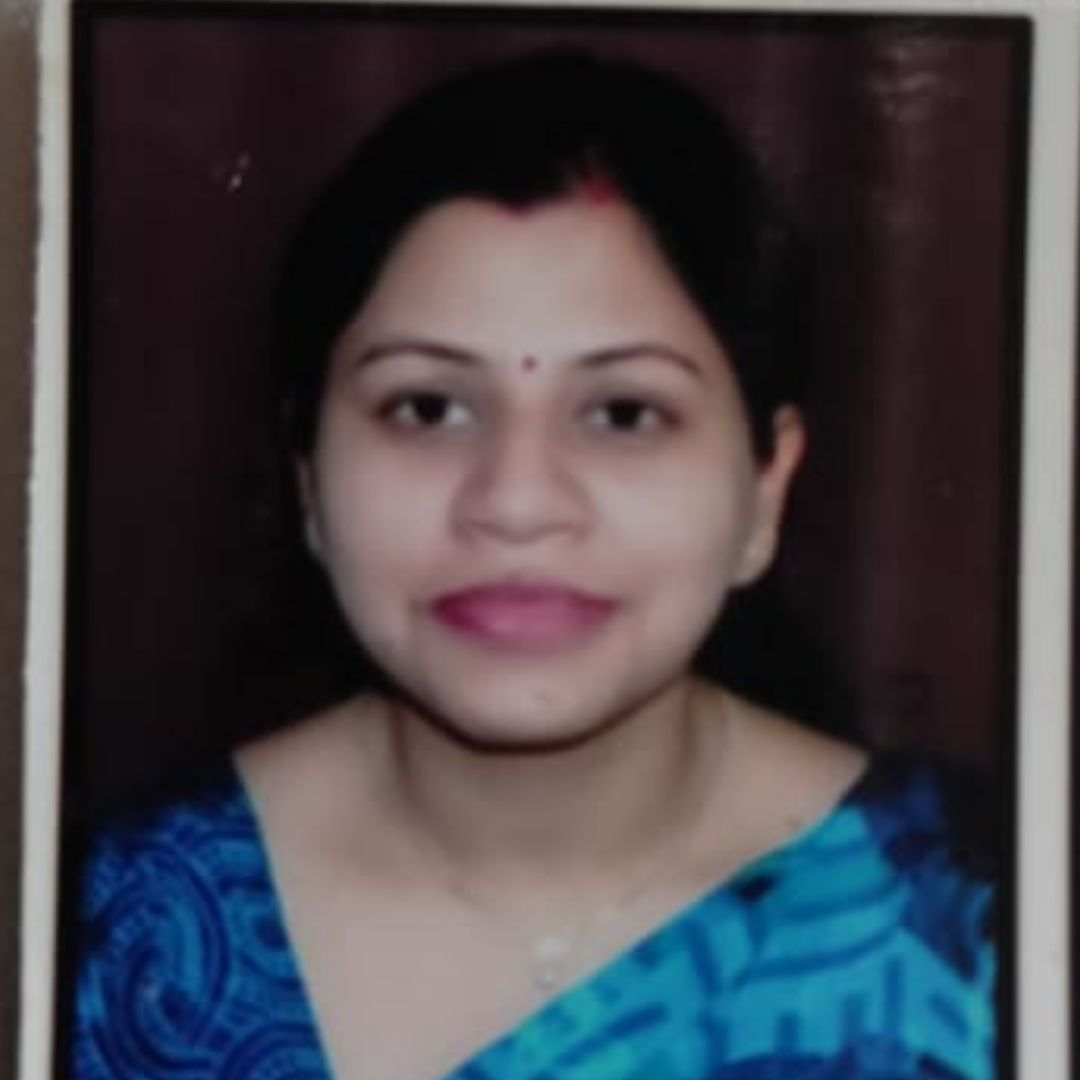 Arpita Gupta has been volunteering as biology teacher for last two months under Praytana’s initiative of Online IIT-NEET Coaching Classes. She provides her selfless services to all destined IIT-NEET aspirants who cannot afford high amount of fee in these coachings. She has volunteered in Prayas NGO as well, where again she used to help kids grow in better direction. When she got to know about Prayatna’s initiative, she was elated by fact that no amount of fee would be taken from students and she agreed to volunteer onboard with us to spread quality education pan India to all those students who are searching for knowledge. She currently teaches biology in Byju’s online learning platform and always looks out for any volunteering opportunities to render her services into. We appreciate her dedication! 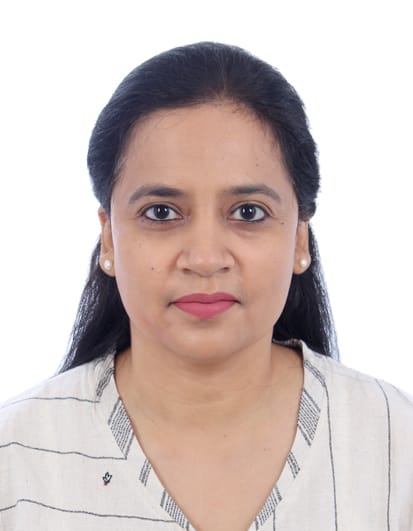 Tashu Malik worked with Prayatna for couple of years as English Teacher. She volunteered here till last year. She was one of the most dedicated and enthusiastic teachers of Prayatna, with her enthusiasm to motivate children optimistically. She always admired that our students have developed sense of self. Her pattern of teaching different students in different ways, according to their grasping and catching power, always kept her close and attached to many students. She was also part of ‘Feeding India’ in collaboration with our organization, where she helped us distribute food parcels and feed needy ones every sunday. Her journey has been great from advancing kids’ linguistics and communication growth, to building motivation in them to think for themselves with positive attention. She is now working as volunteer in various social organizations towards betterment of society. We appreciate her dedication! 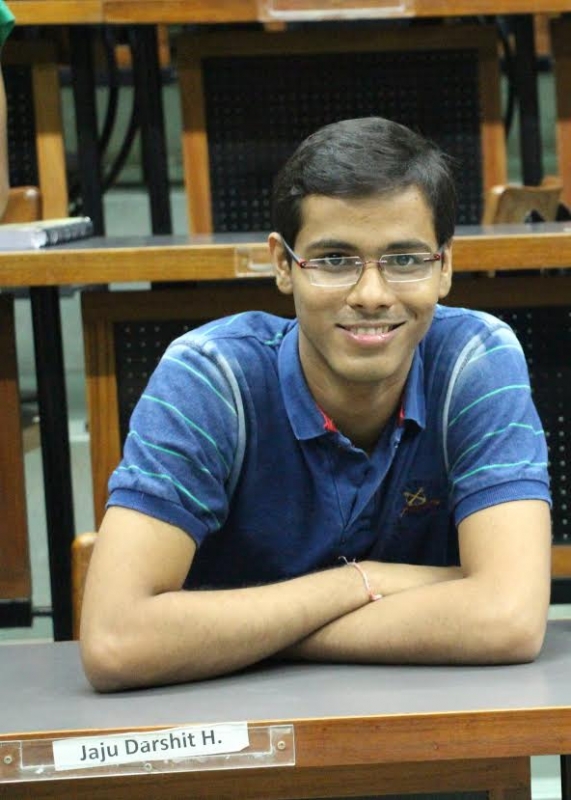 Jaju Darshit Hariprasad worked as a volunteer/student-mentor at "School of Excellence" both centres of Molahera and Jharsa during the session 2013-14. He is IIT-Roorkee Graduate and was very keen to actively participate in the NGO for volunteering in educational activities that enhance key skill areas of students. He pioneered the Student Development Program and worked and developed some programmes for personality development with Praneet Sushil, Chief functionary of Prayatna.

The details of his work are as under:

He was involved in teaching Geography and Mathematics to students from 4th to 8th Std. These were generally remedial classes for students studying in Govt Schools in nearby villages. He also actively contributed in conducting auditions and training students for different music performances like Group Song, Solo song and Instrumental performance for Annual Day function of Prayatna School of Excellence. He regularly conducted General Awareness quizzes, speeches and debates on contemporary socio-political issues for students of PRAYATNA. He conducted awareness sessions to encourage people in nearby villages to vote for General Elections-2014. He was involved in periodic assessment of students from 2nd Std. to 8th Std. of PRAYATNA. The purpose of this assignment was to get the feedback of students in general and to assess if a student from a particular class/Std. is actually comfortable with the Mathematical and Reading skills (English & Hindi) as prescribed by the academic curriculum of his Class/Std. In this, Darshit conducted comprehensive test series in Maths and personal interviews of each student to assess and assign the actual learning level of students in 3 different competencies: English Reading, Hindi Reading and Maths/Arithmetic. For example, if a student of 7th Std. was not found comfortable in reading 7th Std English text of his Medium & Board, she was assessed with English text of 6th Std.

Thereafter, the data collected for students was analysed to get trends in learning levels of students in various competencies as a function of age, gender, medium of instruction, board of education, type of Schools (Govt. /Private), health of students, regularity of teachers in schools, and regularity of students in attending schools and remedial classes conducted by PRAYATNA. Thus, the assignment resulted in qualitative as well as quantitative assessment of students of PRAYATNA which provided a vital input to conduct Learning-level-specific programs in future to enhance the actual learning skills of students. 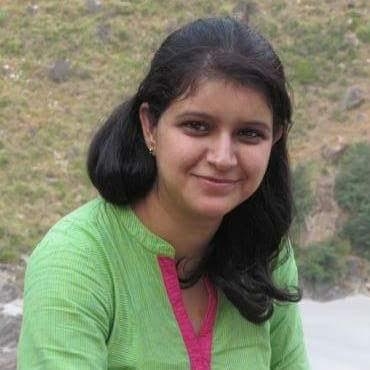 Dr Damita Sharma had been with Prayatna-SOE as Chief Trainer and Coordinator for the period of two years dated 1st July 2011 to 30th June 2013 on its Project, “School of Excellence” at Molahera, Gurgaon and other one is located in village Kishangarg, New Delhi. She is the founder of "School of Excellence" Delhi centre. During this tenure of her work Dr Damita Sharma remained involved in her work. She is very active, confident, professional, a devoted team leader and always keen to avail all the volunteering opportunities of the ngo. She began the volunteering group from IBS College of Gurgaon and did various activities along with her IBS team inside the SOE campus and outside the SOE as well. She was involved in overall management of "School of Excellence" Molahera.

Dr Damita is relocated to Canada along with her family this year. 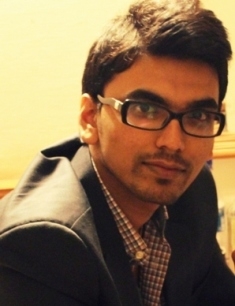 Ayush Bansal has been associated with Prayatna at 2011-12 and worked as Vice-President of Prayatna till he founded his own organization Medhavi foundation. He is very energetic, dynamic and very focused. One of his reasons to become a volunteer in this ngo was to initiate Career Planning & Mentoring Programs for students. He was the pioneer of Prayatna's Career Counseling Program named 'Disha' and spread this program into the various govt. and public schools of Gurgaon and in his hometown Dhanbad (Jharkhand). His videos that he had made with the students of Dhanbad can be seen at the Video Gallery. Presently he is running his own company iDreamCareer.com (iDC) which is focused on helping students choose the right career in which their potential is maximized. He is also mentoring Prayatna students of village Molahera. 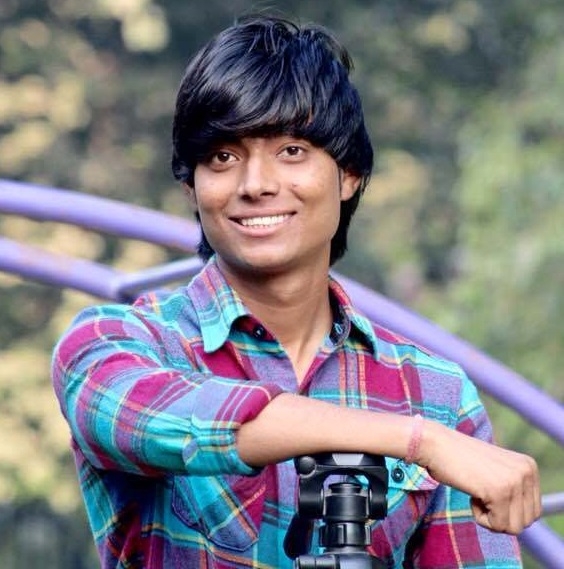 Dhirendra joined one of Prayatna’s volunteer jobs in 2016. He had won many prizes in different musical events since then, CM of Haryana Shri Bhupendra Singh Hudda ji awarded him first prize. In an event of the Maruti company he won prize money of 50,000 Rs. He is in final year of Bachelor of Indian Classical Vocal and Harmonium. In second year he scored first position in the whole University. He has knowledge of many musical instruments – Piano, Harmonium, Guitar, Tabla and Dholak. During 2 years of his time span in Prayatna his students won 8 major trophies and performed in many big platforms like – All India Radio and Gurugram Achiever’s Award. 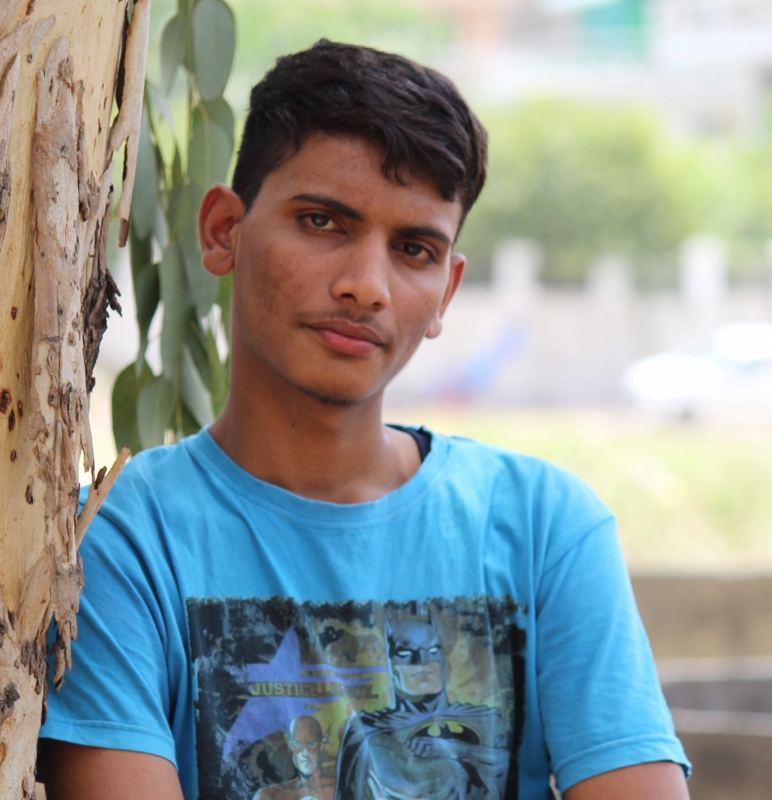 Neeraj always wanted to dedicate his time and efforts to the community services and thus has been part of Prayatna since 2017. He is head of the Primary section and Junior Accountant. He is one of the most enthusiastic, energetic and devoted coordinators of Prayatna. He is fully responsible for management of Prayatna primary section remedial classes. He managed many big events of Prayatna like – Clean India Campaign, Gandhi Jayanti debate program, Independence Day Program. 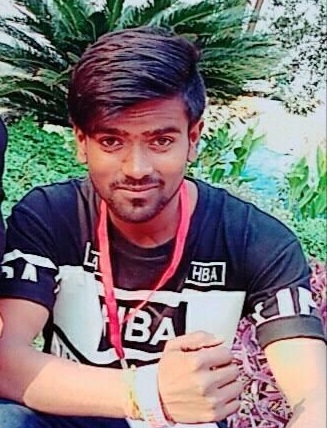 Sonu Kumar- (sports Coordinator) Since 2009 sonu has been part of Prayatna, first as a student and now as sports teacher. His story is really motivating. He was a child labour working in a shop. His mother felt the need of his education and through her he joined Prayatna. Prayatna helped him with his elementary education and admission in school. Now he is a professional sports teacher and Taekwondo Champion. Sonu is a man of multi-talented personality and he is also a good actor. He participated in many dramas, Nukkad Natak, and Skits to instill the zeal for doing community work in the society and won many awards for that. Sonu is black belt in Taekwondo and like him his students are also leaving their mark in every big event. His achievements has made Prayatna as pioneer NGO in Sports. 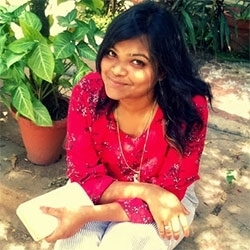 SUPERHERO 2015 AWARD "This world needs two kind of Super Heroes ones who know no fear and the ones who choose to volunteer” Priyanka Maharana, from Impulse (I) Pvt Ltd has been associated with Prayatna in years 2011 - 2013 and was a favourite amongst the students. She is involved in various volunteering activities and being a professional fashion designer she has always been very supportive to devise and execute costumes for the students at the cultural events. Also she loves writing her volunteering experiences on social media to encourage others to come forward, join the mission and contribute their bit via online volunteering. We acknowledge her self-less, meaningful efforts and recognize her as our "Super Hero(ine)" for 2015. 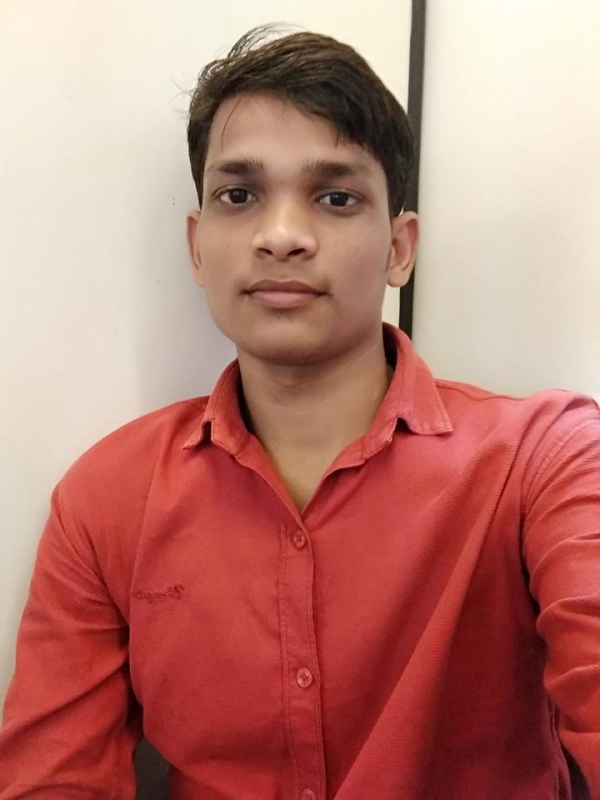 Sandeep has been part of Prayatna since 2009. He joined Prayatna as a student. He is one of the brilliant students. He had won the student of the year award in 2015. He is very good in academics and great in arts. He was an excellent learner and exceptional student. Presently he is volunteering as a coordinator. He also played the role of our center coordinator. Sandeep has phenomenal management skills as he managed to keep pace with the online volunteering opportunities for everyone. His service for Prayatna as Organizer, Manager and Volunteer is unparalleled. 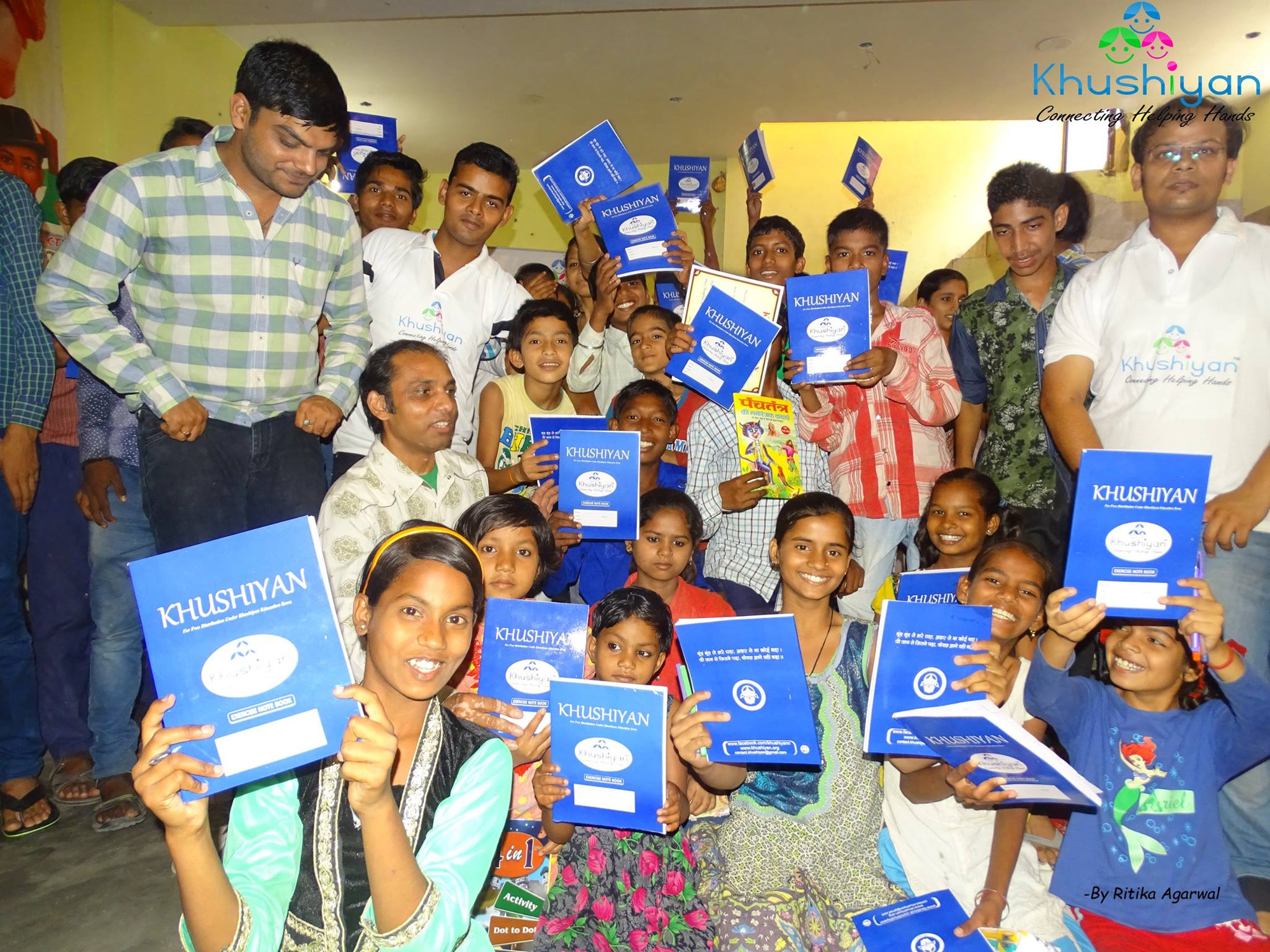 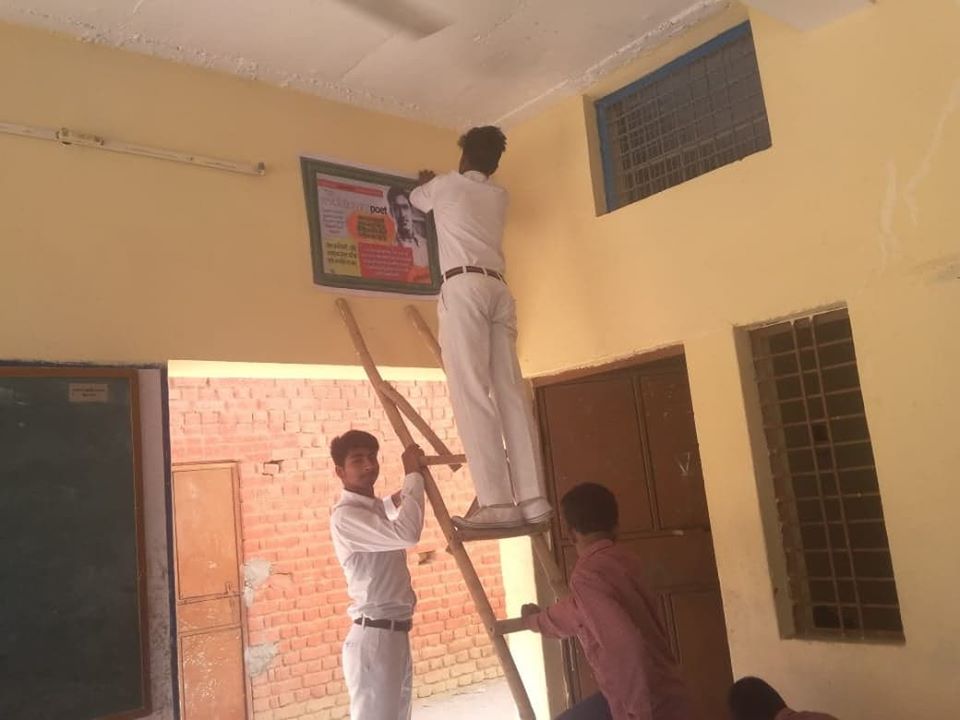 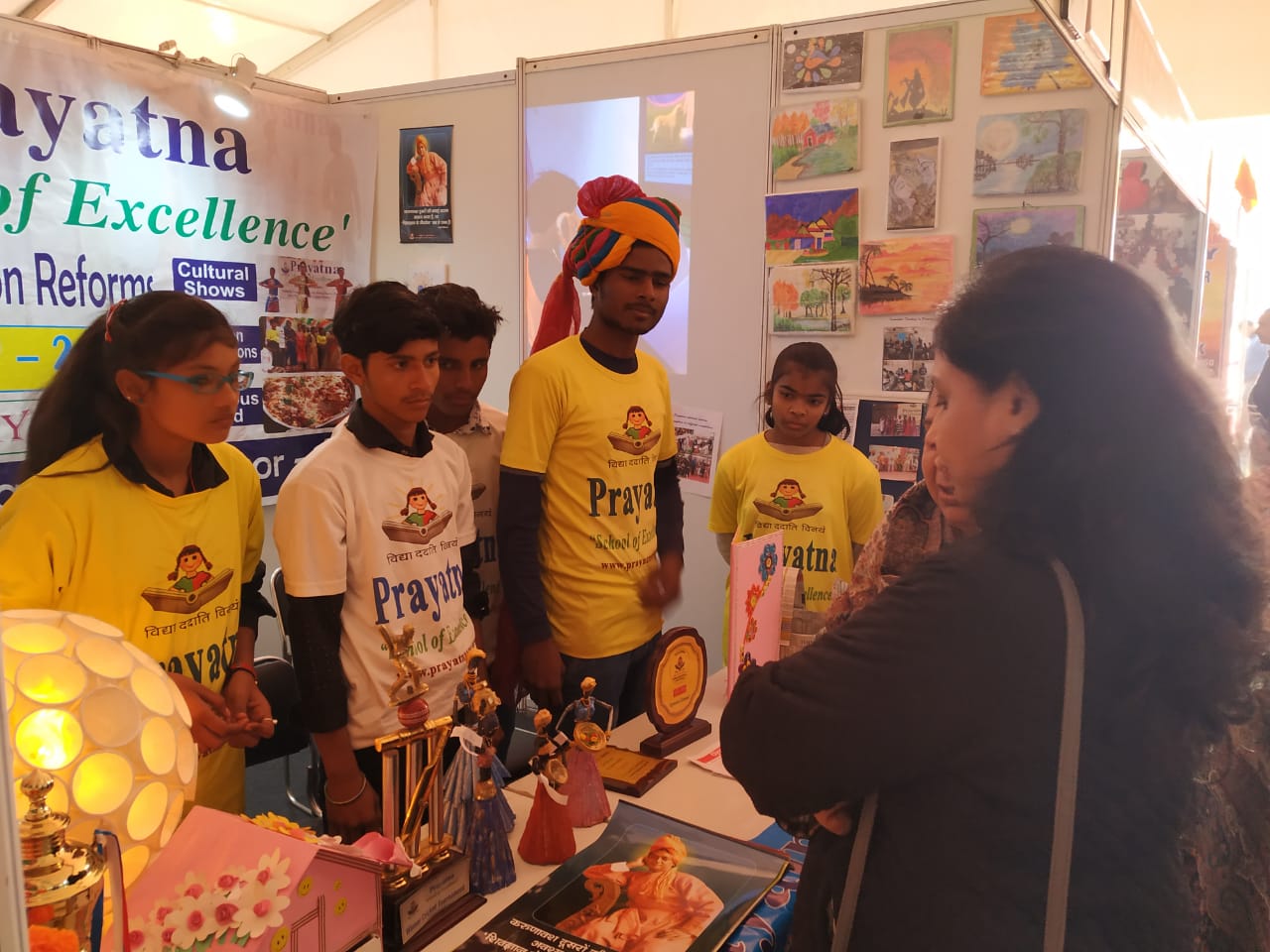 To promote education among socially and economically backward sections of the society and to take every step in...read more